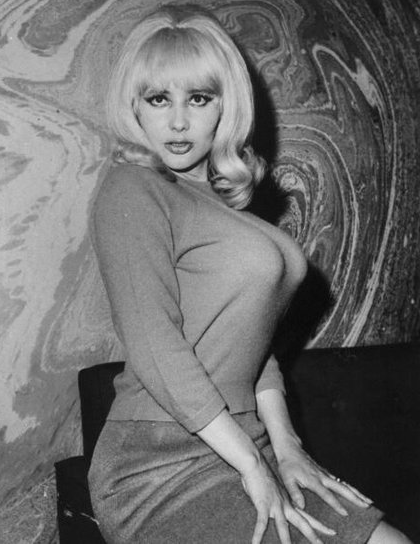 A national treasure died last month and because I had the opportunity to intersect with her, my life and even more, my husband’s life, was a tiny bit more thrilling. Carol Doda was a true pioneer — one of the first women, at least in the Bay Area, to have her breasts pumped up with silicone injections. One morning her bust size was 34B, later that day it was 44DD. A star was born. She was widely credited with triggering a nationwide topless revolution as a 26-year-old go-go dancer in 1964 and it was that year that I first saw her. 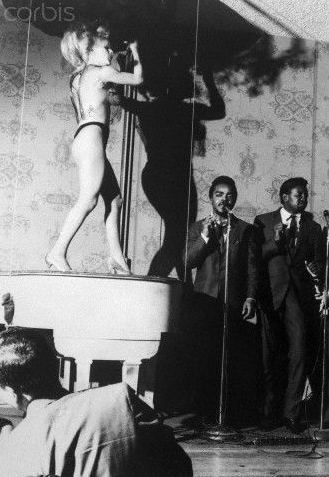 I was a student at Cal eating my lunch on the grass when I saw her walking across campus with the student body president, Mel Levine. In those days, Levine, who later served in the California State Assembly, was known as a bit of a prig but that day, strutting next to the lovely Miss Doda, he looked like he’d won the lottery. Pleased as punch comes to mind. In my memory he was wearing a three-piece pin striped suit but, in fact, it might have been a blazer – it was clear, however, that he was dressed for an occasion. As I watched them make their way to the Student Union, I was a little worried about Miss Doda. She seemed a little wobbly in her three-inch heels and because she was so tiny, gave the illusion of being perilously top heavy. (I say illusion because I don’t think liquid silicone is heavy.) It looked to me that Mr. Levine was trying hard to focus on walking and talking and not stealing sideways glances at her breasts. Anyway, they were on their way to some kind of appearance, though, for the life of me, I can’t remember for what event. A lecture on quantum physics? The history of the rotary engine? The silicone chip? Maybe I don’t remember the topic because I didn’t attend, I only read an account of it the next day in the Daily Cal.

Before I relate the account, let me set the scene. END_OF_DOCUMENT_TOKEN_TO_BE_REPLACED