my migraine, my HMO and me

As I’ve indicated in a previous post, I’ve had migraines for 34 years. During that time I’ve been treated by internists, family practice physicians, neurologists, chiropractors, homeopaths, acupuncturists, biofeedback therapists, and a multitude of body work practitioners employing a variety of techniques – acupressure, shiatsu, rolfing, etc. I have practiced yoga, Pilates, and an assortment of aerobic exercises promising that the oxygen intake would diminish my pain. I’ve also been injected with Botox, which, as mentioned in my last post, did not work. I’ve ingested feverfew, fish oil capsules and St. Johns Wart and because some migraine sufferers have been helped by anti-depressants, I have been prescribed Prosac, Paxil, Wellbutrin and Nardil (this is a scary one: if you eat aged cheese, pickled herring or drink red wine, your blood pressure can spike to the point of death…but hey, if the drug eliminated my migraines, it would be more than worth that kind of vigilance). I have also been given a series of drugs that are prescribed for people with seizure disorders — Verapamil (a calcium channel blocker), Topamax and Neurontin.  Not only did none of the above eliminate migraines, many of them triggered terrible head pain  – the most severe migraine was produced by Nardil. END_OF_DOCUMENT_TOKEN_TO_BE_REPLACED

one woman’s experience with a good pain doctor 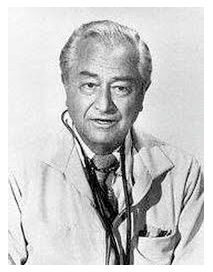 As I write this, an intense pain is beginning to throb behind my right eye.  I gave myself a shot of Imitrex, a non-narcotic vasoconstrictor two hours ago but the injections only provide me with two hours of relief and the pain is returning. One can only have two injections in a 24-hour period so if the pain returns, and it does three out of four times, I need relief for the 20 remaining hours. I’ve had migraines for 34 years and during that time I have been to countless clinicians — conventional, alternative and combinations of both. I have been prescribed every category of drug that has a record of treating migraines, either in double blind studies or anecdotally, both on-label and off-label and too many herbs, elimination diets, “therapeutic” diets, supplements and non medical therapeutics to recount here. Out of all of the above, only one thing ever worked preventively: the blood pressure pill Inderal.  For three months I was migraine-free. And then they came back, if not with a vengeance, with disappointing regularity.  The doctor tried upping the dose and kept upping it until I was so lethargic I could barely get out of bed in the morning. High doses made no difference.  That was 25 years ago. Since then, years of trial and error, mostly error, have resulted in pain more days than not.

Despite that, life has been fine for the past six years because I’ve been under the care of a pain doctor. END_OF_DOCUMENT_TOKEN_TO_BE_REPLACED

Painkiller Paranoia is Over Prescribed

At least once a week there’s an article in The New York Times about the dark side of opiate use. Veterans, NFL players, pregnant women, old people — all on painkillers, all at special risk, whatever the study of the week finds.  Oxy, as in Oxycodone, is now ubiquitous in popular culture: we have Nurse Jackie lying, stealing and having sex to score oxy; the The Good Wife defending a doctor accused of prescribing oxycodone to a star high school quarterback who overdosed; and many of the Harlan County reprobates on Justify pop, sell or kill for oxycodone. 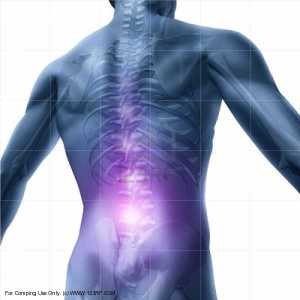 All of this attention strikes fear in the heart of those of us living with serious pain. Most pain patients will not die if they can’t get enough medication to dull the pain  (in most cases opiates don’t eliminate pain, they only ease it) but our appetite for living will certainly be diminished and, according to research, the toll unmediated chronic pain takes on our bodies will shorten our lives.  The drumbeat to restrict the prescribing of opiates is getting louder and who knows where this attention will lead. END_OF_DOCUMENT_TOKEN_TO_BE_REPLACED