i will never understand men: hard-wired attraction and the quest for companionship 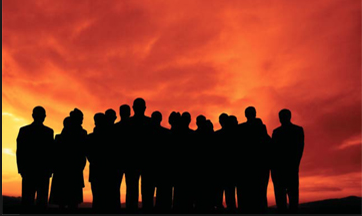 My last memory of Jacob was on a bright, February day. The air had a crisp, astringent quality. We had just finished our monthly hike in the woods behind my house and we were having lunch at a local café. My dog, Alice, still panting from the hike, was tethered to his chair. He leaned down to stroke her ears and she swooned. He loved her and loving a dog was a new experience for him. I was urging him to get a dog of his own. He was lonely. At times, howlingly lonely.

We argued a lot. We argued about many things but one particular argument we’d been having off and on for more than 25 years. He would only date women who were younger, quite a bit younger. I didn’t like it.

We were both in our 40’s when we first argued about this. We were having lunch with a mutual friend, also in her 40’s. Since both of them had recently started dating again after years out of the game, we talked about how hard it was to find the right person. It was in that context that he mentioned he wasn’t attracted to women his own age. “It has to do with the quality of the skin,” he said, taking a pinch of his skin on his forearm between his thumb and his index finger to demonstrate the slackness of 40-year-old skin. I was furious. Our friend was not having a great deal of luck finding a boy friend of any age. This was not a confidence booster.

I knew he didn’t intend to be cruel but for a guy given to hyperbole in all other areas of his life, he had an oddly literal policy when it came to truth-telling in this one.

“Don’t you want me to be honest?” He asked, when I complained to him on the telephone that night.

In fact, at that point in his life, dating younger women made sense. He wanted to have a child and most women his age were past their child-bearing years. People who are sociobiologically inclined would argue that the attraction men have to younger women, no matter what age, is hard-wired and has less to do with aesthetics than it does with evolution: men seek younger females who are able to propagate their DNA.

But clearly the wiring is tangled. While it’s true that men, as they age, tend to be attracted to younger women, generally they only have to be younger than they are, not young enough to be displaying the youthful hallmarks of fertility. My father was one such man. About the time my friend and I first started arguing about the age/attraction issue, my father, after 50 years of marriage, a good marriage, confessed that he was no longer in love with my mother. She had developed a particularly pernicious form of dementia and living with her was hell. Once when I was home to cook and clean, I found an application for a matchmaking service my father had stowed in his sock drawer. I understood. He was desperately lonely. My parents social life had been as a couple so once my mother was incapacitated, he was isolated. I would not have begrudged him female companionship. What disturbed me about the application was the age range. He was 80 at the time but he only wanted to meet women under 70. That felt like a betrayal of both my mother and me and it seemed inconsistent with the kind of man I knew him to be: an ardent defender of women’s rights. 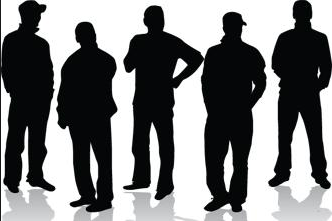 I never asked him about it. He had a right to his privacy. I suspect the application had more to do with imagining a dating life than actually pursuing one.

In that first go-round, Jacob married a woman 17 years his junior and they did have a child together. He admitted there were times when the age difference bothered him. His wife, for example, had no idea who James Baldwin was or what happened at My Lai but apparently the resilience of her skin more than made up for it. That makes him sound shallow and he wasn’t, at least not in any other area. He involved himself in the lives of his friends in ways no one else I know does. He was an indefatigable matchmaker, and when he couldn’t find matches among the people he knew, he’d run ads in the personals for his friends and even help with screening. Whatever problem a friend had, he was determined to help. I have chronic, intractable migraines and he was on a mission to find a cure. One night he called me while he was out on a first date with an optometrist. She had developed eyeglasses that relieved migraines. He called from the restaurant where they were dining and put her on the phone to tell me about them.

The younger wife eventually left him and it triggered a depression. When he recovered, he started dating again and we started the age-gap argument again.

That time he ended up with a woman who was about nine years younger. All went well for first five years and then he developed heart problems for which he needed a heart valve replaced. She was supportive throughout the ordeal but after he recovered, she broke up with him. He felt sucker-punched. He was convinced that she broke up with him because the surgery made him seem weak but that wasn’t it. She’d been preparing to break up with him when he got his diagnosis. She knew his history of depression and was afraid that heartbreak would compromise his recovery so she stuck it out until he was stronger. At first the break-up left him numb and then it left him depressed. He did regain his equilibrium but only to discover how much he had hated living alone. The relentlessness of waking up to an empty house every day felt to him like a form of Chinese water torture. He interviewed his friends who lived alone and, occasionally, even strangers, “How do you stand it?” He was gripped by an animal loneliness that nearly paralyzed him and added a desperate dimension to dating.

Jacob wasn’t handsome but women had always been attracted to his vitality. He was smart, and funny, energetic, successful. His first wife once said, “He’s like cream: he always rises to the top.” But something had changed.

Those in his acceptable age range, women under 60, told him he was too old. He was 69 and he looked 69. The more he was rejected, the older he looked. His vitality waned. The light faded from his eyes. His humor faded too. His loneliness was unbearable. But none of that changed the acceptable age range. We argued.

“Yes, but I still have to be attracted to her.” And, he said, as he had so often in the past, “You seem to think I have some control over this. I don’t.” Maybe not but I will always believe that if there’d been a way to change what his heart wanted (Woody Allen once justified his attraction to Soon Yi Previn, 37 years his junior, by proclaiming that “the heart wants what the heart wants”) he might be alive today.

Before we parted that last day when we were having lunch on the terrace he told me about a woman he’d met the weekend before. She had all the right boxes checked on her profile but when they first sat down to have dinner, she told him she had something to confess.

And she seemed to like him. She agreed to a second date.

While we waited for the waitress to bring the check, I told him I was hopeful. “It’s taken a long time but I finally feel like I’m getting somewhere.”

“The lighting in the restaurant was dim. I have to wait.”

“Our next date is a hike on Saturday. Maybe in the sunlight she’ll look her age.”

“That makes no God Damn sense,” I said in a voice loud enough to attract attention from the two couples sitting at the next table. They stopped talking to each other and stared at us.

“I’m simply saying that, yes, I was attracted to her at night in a dimly lit restaurant but I won’t know for sure until I see her in daylight. ”

“I can’t believe your arrogance.”

I didn’t calm down.

“I hate to point this out,” I said, “but you’re no Adonis.” As soon as it was out of my mouth, I worried that I’d gone too far but he didn’t seem hurt. In fact, he laughed. He did, however, seem as exasperated as I was.

“You still don’t get it, do you?” He said. “I know I’m no Adonis but that doesn’t change anything.”

“But you’re lonely. You’re miserable. I don’t know anyone who wants a relationship more than you do. From what you say, you like this woman but you’re telling me that if her crow’s feet look too deep in the sunlight….”

“It is that simple.”

I’ll never know what he saw in the sunlight.   Two weeks later on a Friday evening he swallowed a vial-full of pills, went to bed and never woke up.

From time to time Jacob and I discussed Woody Allen’s “The heart wants what the heart wants” justification for seducing Mia Farrow’s daughter. While disapproving of Woody Allen’s behavior – to Jacob, desires were one thing, acting them out immorally or inappropriately was quite another – but he, too, believed that there was something immutable about a man’s object of desire.   But is it not possible for the head to override biology and change what it is that the heart wants? I will always believe my friend was done in by his so-called hard wiring and it breaks my heart. It will always break my heart.

(I have changed the name of my friend to Jacob.)

7 Comments to “i will never understand men: hard-wired attraction and the quest for companionship”