the mother of my grandaughter’s mother: a grandmother’s quest to find the right name 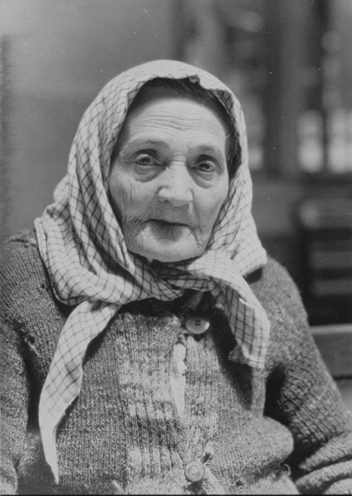 When my older sister announced her pregnancy, my mother announced, shortly thereafter, that she didn’t want to be called grandma, granny, gran or any variation of grandmother.  I assumed it was because grandmother meant old and my mother, who had always shrouded her age in secrecy, didn’t want any clues to her age. She’d been grappling with the age thing since she became a mother herself at the age of 16.  Her solution as a teenager was to tell people, at least people who didn’t know better, that the baby was her sister not her daughter.   (The implications of this lie are vast and, possibly, the subject of a future blog or two, or two thousand. Fierce attachments indeed!)

After my sister learned to talk, the jig was up. My mother was forced to come out of the mother closet. She may have been willing to lie to strangers but she was not, thank God, willing to lie to her daughter.

When, at the age of 47, she became a grandmother, she didn’t try to claim that her grandson was her little brother but she still saw no reason to advertise her demographic. At least I assumed that was her aversion to being called grandmother. I never actually asked her about it. (There were some topics one did not raise with my mother. My attachment to her also had its share of fierceness.)

When my children were born, she continued the ban, which tends to undermine my assumption about the old thing. She was 64 when my son was born and 70 when my daughter was born.  She couldn’t have deluded herself that people didn’t think she was old enough to be a grandmother.  Perhaps she was protecting herself from being reminded that she was old enough (and then some) to be a gran, grandma, granny.

I didn’t think much about this issue again until a few years ago when my friends started becoming grandparents. At least two of my friends said they didn’t want to be called grandma, granny, gran or any variation of grandmother. I, once again, assumed it was the age thing. Not logical, perhaps, both friends were clearly of grandmother age, but once again I assumed it was motivated by some aspect of age denial.  Fast forward a few years.   My daughter announces her pregnancy and soon thereafter announces that I can be called anything by her daughter as long as it’s some version of grandma, granny, grandmother. Foreign designations are okay as long as they are clearly grandmother monikers. “She is not going to call you by your first name.” Like most good mothers, she wanted her daughter to have what she did not. She wanted her daughter to have someone to call Grandsomething.  (I think she’s equally adamant about the grandfather thing but the men in this story are going to have to speak for themselves. Actually, my father can’t because he’s dead and I have no idea how he felt about it. Nor do I know how my husband’s father felt. Nor do I know how my son feels about not being able to call someone grandma when he was growing up. Nor do I know how my husband feels. And, to be frank, the grandmother name thing is already taking up way too much of my bandwidth. The men are on their own.)

My daughter’s rule seemed reasonable. Besides, I didn’t think I cared too much. (Let me be clear. I cared about the grandchild, just not what she called me. Or so I thought.) One friend who is a seasoned grandmother told me to care. She told me to come up with a name because if I didn’t, someone else would and if I didn’t like it, I’d be living with it for a long time.  I thought, well, why not Bubby? That’s what I called my maternal grandmother. It seemed like a retro branding opportunity since one hardly ever hears it any more, at least not among my assimilated Jewish friends in Marin County, California. (I assume one still hears it among the Hasidim in Williamsburg, Brooklyn.)

Good news: Bubby passed muster with my daughter. I was set.

And then my granddaughter was born and one of my daughter’s friends who visited us in the hospital referred to me as Bubby.  For some reason, because it came out of someone else’s mouth, I immediately conjured my grandmother, my grandmother who always looked to me as though she just emerged from the steerage compartment of the ship bringing her from Russia to America when her family was fleeing the Cossacks. No matter that when she walked down that gangplank she was a teenager. In my conjured image she was my old Bubby, wearing a gray wool sweater over a flowered house dress, a babushka on her head, whisker hairs on her chin, and carrying shopping bags filled with bread and butter provided gratis by the restaurant where my parents had just taken her to eat dinner.

But in those first few weeks whenever anyone referred to me as Grandma I pictured Whistler’s mother. 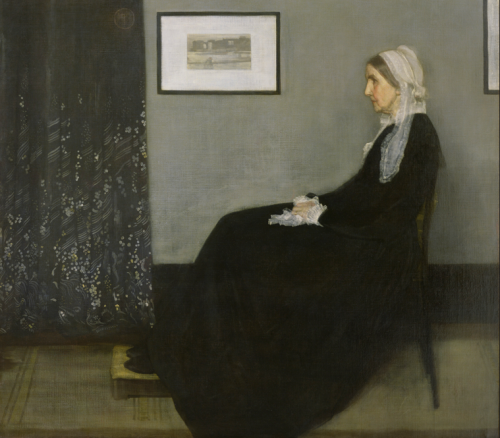 “I don’t think I’m a grandma,” I said to my daughter. She shrugged.

A few days later I said, “How about Granny?”

“You want to be called Granny?”

“Why are you looking at me that way? What’s wrong with Granny? It’s cute. It sounds affectionate.”

It didn’t work any better.  If someone said Granny and looked in my direction, I turned around to see whose granny was being spoken to.

Back to the drawing board but this time I kept my deliberations to myself. I had always loved abuelita (Spanish for little grandmother) and I tried it out for a few days, internally. And then I had an Italian phase.  Who doesn’t have wonderful, aromatic associations with nonna?  On a different continent, I remembered little kids in Kenya calling grandma Bibi. So sweet. But I can’t possibly be called the same thing Netanyahu is called, a man who is decidedly not sweet.  Recently I was at the beach in Santa Monica and met an Armenian women from Iran with her three-year-old granddaughter. The little girl called her grandma Néné with such affection it made me weep.

The exercise has been fun but I think I’ve always known I couldn’t pulled it off without seeming like an affected ass unless I invented some Spanish, Italian, Swahili or Armenian speaking relatives. I’m not going down that road. My mother did enough fabricating for both of us.

I have tried parsing why this is so difficult. Maybe my mother’s aversion to being called Grandma wasn’t an effort to obfuscate her age. Maybe it was something else.  Maybe it had something to do with the generic nature of grandmotherness. If you call me grandmother, images having nothing to do with me appear and my identity disappears.  But if that’s so, why is it that no one I know has a problem being called mommy, mom, momma. It doesn’t get more generic than that. Variations on mama are practically universal.   Why is grandmother different?  Maybe it is the age thing.  Mommy is young. Grandma is old. So is it the age thing or the generic thing?

I tried sharing my new musings with my daughter. It wasn’t a successful exchange.  Come to think of it (and just between us) speaking of  bandwidth, hers seems kind of limited these days. Just because she’s averaging about 10 minutes of sleep a night and has totally given up on REM sleep, is that any reason not to want to talk extensively (she might say endlessly) about the ins and outs of grandmother nomenclature?

In any case, this week I’m back to bubby. By the time my granddaughter learns to talk, I will probably look a lot more like my bubby, if only in the chin hair department.

7 Comments to “the mother of my grandaughter’s mother: a grandmother’s quest to find the right name”