Ebola is real. Our risk is not. Protect front line health-workers. 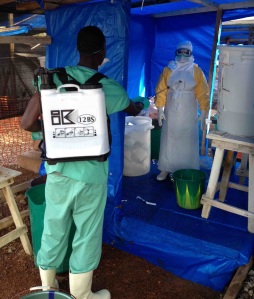 As a field epidemiologist, I have responded to disease outbreaks all over Africa during the past 10 years, from cholera to meningitis to Hepatitis E. Any other year, I’d be in Liberia right now, in gumboots with a map and a spreadsheet, trying to track and contain Ebola’s spread alongside my colleagues. Because of a new baby, however, I’m watching from the sidelines.

So far, what I’ve seen from the bench makes me concerned – not about Ebola’s threat to the United States, but about the mixed messages our leaders are sending and the mob mentality that results when fear overtakes facts.

Though my professional career in international health has been primarily with Doctors Without Borders, I am not speaking on behalf of the organization or my colleagues. I don’t know Dr. Craig Spencer personally, though he worked in Guinea with some of my good friends. I’ve never met nurse Kaci Hickox in person (that I know of) but we corresponded about project data a few years ago. I have e-mailed both of these colleagues messages of support in the past few days, but haven’t been in touch – i.e. I have no insider or personal information about either.  The facts I’m writing about here all come from mainstream news coverage.

Based on my experience as an epidemiologist and aid worker, I offer four main areas of improvement for the U.S. to start getting Ebola management right. 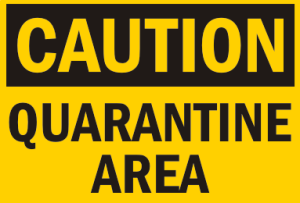 The fundamental tenet of public health is to make sure sick people with infectious diseases are isolated from the rest of the community. While many are focusing on the isolation part, they’re skipping right over the sick part.

Ebola may be scary, but it’s not mysterious. We know from this and previous epidemics how and when it spreads. We know, for instance, that only symptomatic people – people who have a high fever, diarrhea, vomiting, etc. – can spread the infection. And that’s only if someone else comes into contact with those bodily fluids through a mucus membrane or open wound when the viral load is high, around the third day after the infection has taken hold. This is perhaps the only silver lining of Ebola – many other diseases are contagious before an infected person even knows they’re sick. Knowing this, quarantine for people who show no signs or symptoms of infection can only be viewed as a political PR strategy, not a public health intervention.

Leaving aside the science, there are significant questions that need to be answered about U.S. quarantine of health workers before it could be implemented.

As a practical matter, how would quarantine work? If each health worker with potential exposure to an Ebola patient is forced into 21-day quarantine, what would that mean for the health-care workers currently caring for Dr. Craig Spencer at Bellevue Hospital in New York City? When Dr. Spencer recovers, would these highly trained team members then be quarantined? If so, is another team being trained right now? Would there be enough staff to run the rest of the hospital?

Won’t travelers lie to avoid quarantine? If I’d just been working in Sierra Leone for six weeks and was on my way home, I’d be tempted to stay in Amsterdam for a week, just to avoid 21 days of useless isolation (if I was asymptomatic — you can better believe I’d be taking my temperature every 45 minutes to make sure.) I can guarantee you that once a quarantine is installed, many people coming from Guinea, Liberia and Sierra Leone will find their own Amsterdam work-around, and we won’t know they exist until they show up in the ER.

Who will give U.S. health-care workers seven weeks off of work? Most medical aid workers have permanent jobs back in the States. It’s often very hard for them to get time off for their humanitarian work. In many cases their employer – a hospital, let’s say – will allow them unpaid leave for a month, but that’s it. So, in the quarantine scenario, a doctor would get leave for one month, travel to wherever she’ll get Ebola training (two days), then travel to Africa (another two days) to treat patients for…four days so that she’d have enough time to travel back to the U.S. (another two days) to sit in an isolation unit for 21 days before going back to work. Hospitals simply can’t let their clinicians go away for seven weeks – there aren’t the staffing or resources to accommodate for their absence. Not only is this counter productive to fighting the epidemic in Guinea, it’s dangerous for us in the U.S. If there really were to be an Ebola outbreak here, these doctors and nurses would be the best equipped to intervene. 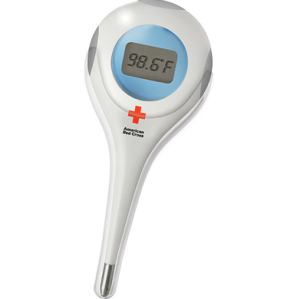 Do you know who wants to get Ebola even less than you do? Health-care workers on the front lines who have seen firsthand how this terrible disease progresses.

Here is why they are the best people to be trusted with monitoring their health status and reporting any changes immediately:

In New York City, while self-monitoring, Dr. Craig Spencer realized he was developing a relevant symptom (fever) and alerted the authorities so his case could be handled with calm and appropriate protection for all involved. By following this procedure he prevented everyone else from exposure to a symptomatic potential Ebola case. So, if he’s the perfect example, why is he being held up as the system being broken instead of working? 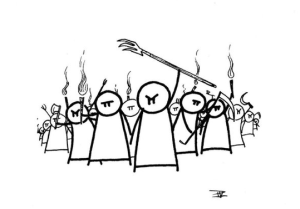 I’m angry and frustrated about how much vitriol is out there about Dr. Spencer and his supposed “risky” behavior, but I can’t say I’m surprised. As of today, here is a sampling of the conflicting information a well-meaning person would get trying to do some basic Internet research on how and when Ebola is transmitted:

The CDC, the President and other political leaders and the mainstream media must coordinate their message and give scientifically accurate facts and information about Ebola transmission. Help the public put all of the What ifs? in perspective. (The New York Times has been trying to do this with its Well blog, recently answering the question: Can you get Ebola from a bowling ball? Anyone who lived in the ‘80s will have flashbacks to the “Can you get AIDS from a toilet seat?” era.) 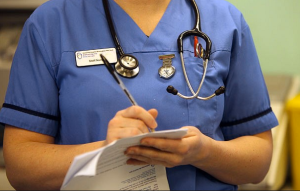 4.) Health-care Worker Ebola-Bashing Has Got to Stop

There’s an understandable learning curve for our public health authorities and political leaders to get Ebola management right. They have a big challenge to walk the fine line between addressing public concerns and communicating sometimes confusing medical information.

A learning curve is one thing, however, a finger consistently pointing at health-care workers on the front lines is quite another. To a person, each infected (or potentially infected) health-care worker in the U.S. has had to endure a very loud public outcry based on incorrect information transmitted to the press by the people in charge. Starting from the nurse who supposedly forgot to write Mr. Duncan’s travel history in his chart (she did) to the nurse who supposedly flew without permission (she had permission) to the doctor who was mistakenly reported to have a much higher initial fever than he did (it was 100.3, not 103, when he called) to the asymptomatic nurse who the New Jersey governor diagnosed with Ebola, officials’ first instinct is to blame front line health-care workers for reckless behavior.

In each of these cases, the health-care workers were the only ones to do their jobs – it was the other people involved with communication, leadership and coordination that got key information wrong and then spread it. Leaders, authorities, press spokespeople: Please give health workers the benefit of the doubt and verify all of the information you are about to disseminate to 300 million concerned citizens.

Because I can’t go out, I’m relying on my aid worker colleagues to work in my place. Unfortunately, my existing colleagues aren’t enough. We need many, many more smart, can-do people to help with this massive undertaking. Please don’t support measures that make this harder for them. Please make things safer for them. Support them in their work and welcome them home. And if, despite all of the precautions, they get sick, please look after them in the best way possible.

Caitlin Meredith is a field epidemiologist for Doctors Without Borders/Medecins Sans Frontieres. She has chased viruses, parasites, infections and conflict trauma in the Democratic Republic of Congo, Nigeria, South Sudan, Sudan and Zimbabwe. She has a Masters in Public Health from the Tulane University School of Public Health and Tropical Medicine and a Masters in Journalism from the University of Texas at Austin School of Journalism. She is now a freelance writer in Austin, Texas.

19 Comments to “Ebola is real. Our risk is not. Protect front line health-workers.”